Over Taxing the Working Class 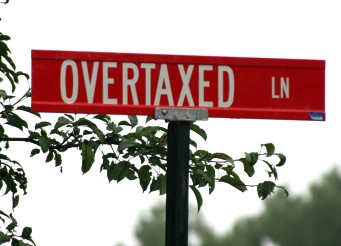 Records obtained from the Ohio Department of Taxation indicate that Democrat County Auditor Karl Keith is systematically over-taxing the poor. Records show that, on average, homes in Montgomery County that sold for $100,000 or less routinely have an assessed value of more than 110% of its real value.

According to the graph below the Auditor has actually grown the discrepancy between real sale value and assessed value since 2009, annually growing the gap. For far too long Democrats have claimed victory by the working class while using the system to abuse them.

Over Taxing the Working Class

The graph above shows that time and time again the actual market value of modest homes mean nothing to the Auditor. For 5 years that assessed value, for which taxes are calculated, are much higher than market value. Harry Bossey’s campaign for Montgomery County Auditor seeks to expose Karl’s abuse of the poor.

Harry Bossey is committed to a fair and equitable assessment process. No group of citizens should be forced to bear the burden for all. Harry Bossey calls on the Auditor’s Office to look closer on that the real value and assess accordingly.

Citizens are unable to appeal this year’s proposed assessed values until January. The Campaign for Harry Bossey reminds voters they can appeal the current auditor at the ballot box on November 4.