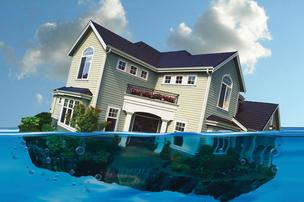 This current auditor has made conflicting announcements in the past three years that would lead someone to wonder whether he just flies by the seat-of-his-pants to constantly deceive the voters of this county. Here are some of the current auditor’s announcements, titled and published in the Dayton Daily News from the last few years:

The Bossey campaign believes the auditor’s announcement on July 1, 2014, is election year
pandering and yet again an attempt to pacify the voters of this county because Harry Bossey
has requested information from the auditor’s office that they believe would prove Mr. Bossey’s
claim of excessive property valuations even before the recession began in 2008.

Consequently, Montgomery County property owners’ should ask the auditor whether last
week’s announcement is yet another reduction in values since his 2011 announcements and
whether they should expect lower tax bills this time or if this yet again another procrastinated
promise to lower values because it is election year politics.

Harry Bossey CPA, a candidate for Montgomery County Auditor, who ran against the
incumbent in 2010, has been hammering on the fact that local property values have been
intentionally stated significantly high for the county tax valuations. We are happy to learn that
the current county auditor has finally realized what Mr. Bossey has said since 2009 and that
the taxpayers, in Montgomery County, will hopefully be getting a reprieve from their high
property tax bills.  Unlike the current auditor, Harry Bossey’s goals, when elected, are to create timely, fair and equitable real estate tax assessments, promote open government and save
the taxpayers’ money!