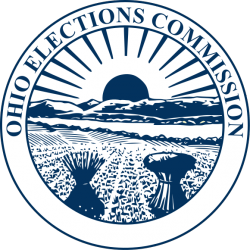 Violations of campaign finance law is just another visible evidence

In a statement released by the campaign of Montgomery County Auditor Candidate Harry Bossey, Bossey responds to an article in the Thursday, September 25 issue of the Dayton Daily News. The article basically skirted the real issues of the complaints and instead focused on Auditor Keith claims of resubmitting corrected forms for minor violations. Nevertheless, the article confirmed that Auditor Keith did not contest any of the allegations.

Our campaign has obtained a copy of the complaint, and examined the violations in question. They are as follows:

In an email response to the newspaper staff writer, Mr. Bossey said “It doesn’t surprise me! Karl Keith’s arrogance and lack of knowledge of his responsibility to the taxpayers has carried over to his own campaign.

To him, it is about keeping his job and consistently blaming others for his responsibilities, such as IT for the $40M short payment error to Kettering for over two years, revised revisions of Huber Heights assessments, and blaming revaluation results on the company he hired and paid $4.3M. If the taxpayers of Montgomery County are pleased with their 2014 appraisals which I, as a CPA, believe are inaccurate (also confirmed by the likes of Premier Health and University of Dayton) then they should not be concerned about this most recent revelation.”